Early in the history of primitive forced air heating systems it was very common to see extremely large wooden cold air returns located in the floor, typically fitted with eggcrate air return covers. That is diametrically opposed to the common practice today, in which return air grilles are usually located in the wall or ceiling. The reasoning for the air return vent covers to avoid floor locations is because in order to secure the large amount of airflow needed an air return must be quite sizeable, and this results in difficulties ensuring that they are strong enough to support foot traffic. The situation was exacerbated in the dawn of the central heating era because hot air systems did not have a motor to drive the air through the system and as a direct result the dimensions of the openings both for air return vent covers and supply register had to be quite substantial in order to supply an adequate airflow. In modern times our hvac systems have a fan blower attached which greatly increases the volume of air and as a result we are able to scale down the size of the grilles. But if you are the proud owner of a vintage home it is likely that you still have the original size openings, which may be quite large.

In addition to the air return vent covers being quite large, they were also often located in the worst possible place. For example, instead of locating the air return in an out of the way location such as a corner they seemed to delight in placing them in a main hallway, or even at the bottom of the stairs, where it would constantly be stepped on or jumped on by children during play. If that wasn't bad enough, the quality of construction was typically not very good, the joints were not tight and possibly glue was not used. If it was, there was a good chance it was brittle hide glue that would not be at the same performance level of the high tech glues of today. As a result, probably ninety percent of these eggcrate air return vent covers are broken. Many have been replaced through the years with some pretty ugly metal units painted in a taupe color that usually has a lot of scratches in the finish.

Even properly made eggcrate air returns are typically only structurally sound up to sizes of about twelve by twelve inches. It is not unusual to find these openings in sizes similar to two by three feet. The most common type was flush mount, meaning that the top surface of the grille was flush at the same level as the surrounding floor. This type rested on a small wooden ledge around an inch and a quarter below the floor surface. Here is the good news: we make these in any overall dimension you need, and for the large sizes we make and attach a welded steel support structure that massively improves the strength. This is the only and best solution for these air return vent covers if you have a desire to retain the historical authenticity of the structure, and it is an excellent solution.

Many vintage homes have large cold air returns in oak that are located in the floor, are flush with the surrounding floor surface, and are usually broken. A wood air return is only strong enough to support a person's weight if it is about 12 inches square or less. Our specially designed eggcrate cold air return is capable of supporting a lot of weight because it has a hefty welded steel support structure and is the perfect solution for this tricky problem. Red oak is standard, other woods available. Call us so we can discuss your situation! 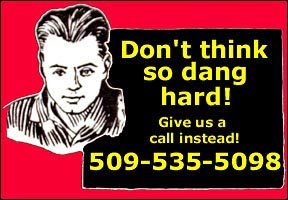